1925 was a momentous year for a number of our heroes – William Powell’s output virtually doubled, Ronald Colman cemented his Hollywood career and his heartthrob status, Richard Barthelmess consolidated his already enormous fame and Myrna Loy was recognised and brought to the forefront thanks to Natacha Rambova.

We can add into this good fortune the beginnings of a career for 16 year old Jane Peters. We’ve covered her post accident work in Carole Lombard’s Mack Sennett days, and this seems a good time to have a look at the first major feature she appeared in. Now as we know when Jane Peters was 12 years old she appeared in the film A Perfect Crime with Monte Blue which provided her with the impetus to follow a movie career. Various acting classes and auditions followed during her teens, but like any other teenager in Hollywood Jane was drawn to the nightclub and party lifestyle and it was at the Cocoanut Grove’s regular dance competitions that Jane started to get really noticed.

In 1925 Jane Peters was signed to the Fox Film Corporation and Carole Lombard was born – an amalgam of a family friend’s last name and the result of Elizabeth Peters’ liking for numerology – although a consistent spelling of Carole Lombard wouldn’t settle until around 1931.

Carole’s first substantial role came in 1925’s Marriage in Transit, but her lack of experience was apparent and the film was seen as lacklustre despite Carole’s admitted over-emoting!

“Poor Eddie Lowe! They told me to tear him to shreds! To this day Eddie can’t see me without ducking.”

And this then led to Hearts & Spurs, a now lost Western melodrama starring Buck Jones and coincidentally directed by W S Van Dyke, who of course was the director of The Thin Man.

Needless to say Carole’s role as Sybil Estabrook although substantial involved nothing more than a lot of simpering while Buck Jones did the inevitable manly stuff with horses and fighting and the like. Carole was starting to become frustrated with the limitations of her roles which felt two dimensional and merely served as fragrant wallpaper for the all action hero. 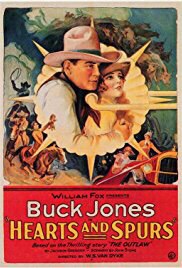 However, a year later Carole’s fateful and horrific entanglement with a Bugatti would, due to her ties to Fox being cut, put her in the sights of Mack Sennett who would enable Carole to beef up her acting skills and cinematic presence. 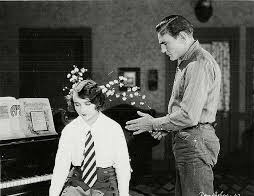