Silver Screenings, this one’s for you! 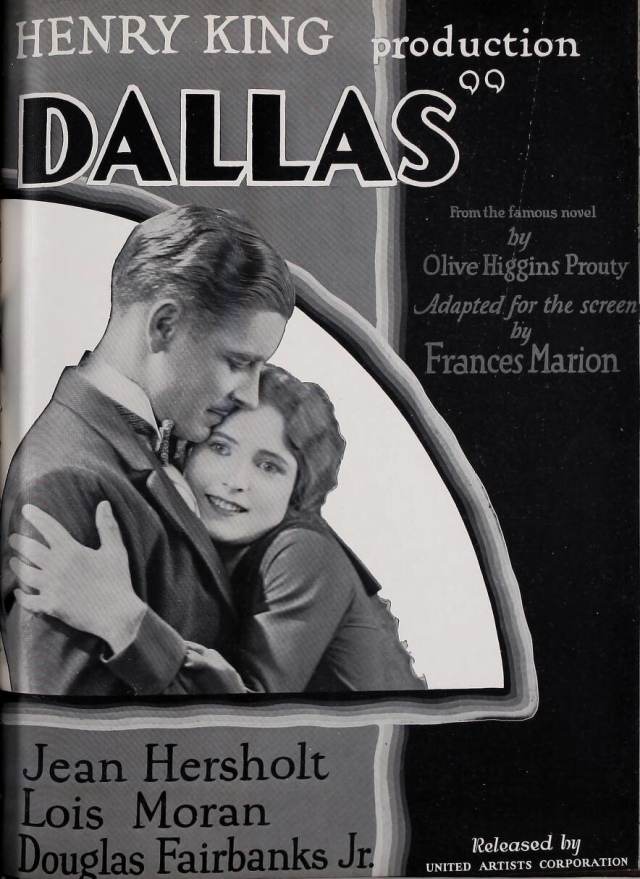 It’s ironic that for the purposes of the What a Character Blogathon we are heading back into villainy as Powell’s previous outing White Mice was his actual first starring role, and I will come back to that picture at a later date.

Lorenzo Salvia, as portrayed by Powell, is a drunken Italian who abandons his wife, (Florence Vidor) and makes off for the island of Panda.

Inevitably Salvia’s dissipated lifestyle leads to his destruction before his wife can save him.

However despite all this drama Photoplay Magazine describes the pace of this lost picture as ‘snail-like’. 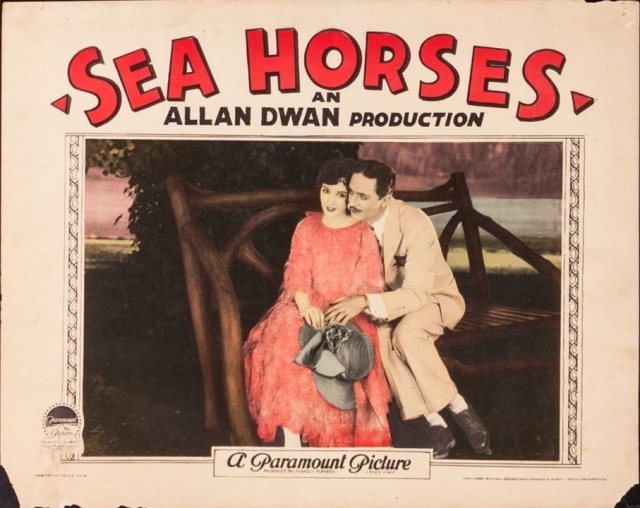 It is worth mentioning that around the time of filming Powell had been signed to a long term contract at Paramount – at this stage in his career Powell’s ability to play effective villains and secondary roles had enabled him to achieve some consolidation, even if this meant treading water in movies like Sea Horses which were little more than programmers. Despite such dull fare 1926 was to prove to be an exciting year for William Powell, with some exciting roles to come!

This piece forms part of the What a Character! Blogathon hosted by Once Upon a Screen, Outspoken & Freckled and Paula’s Cinema Club. Enjoy! 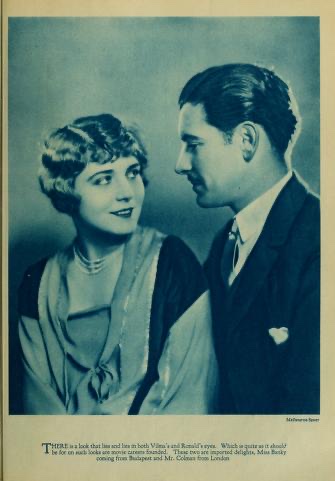 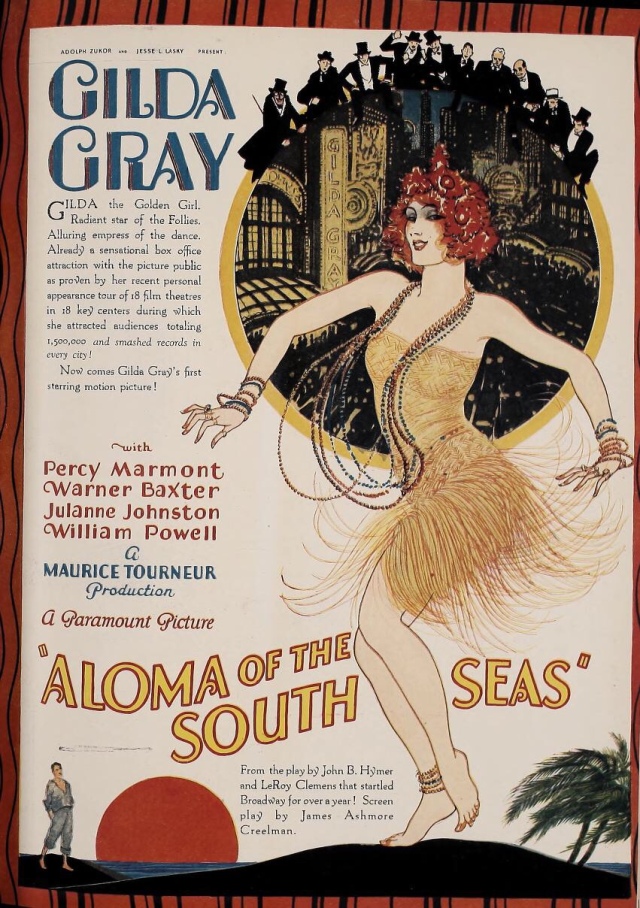 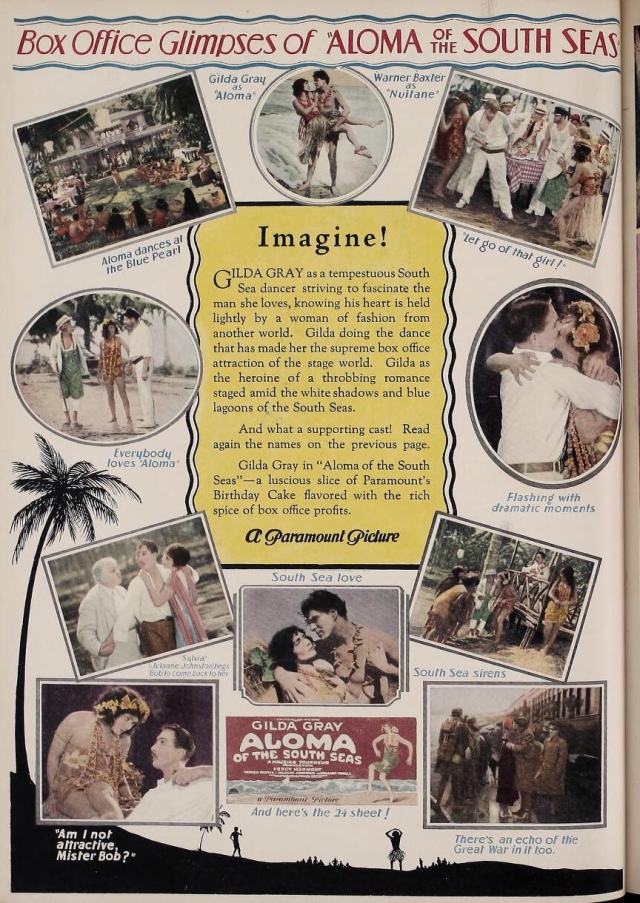 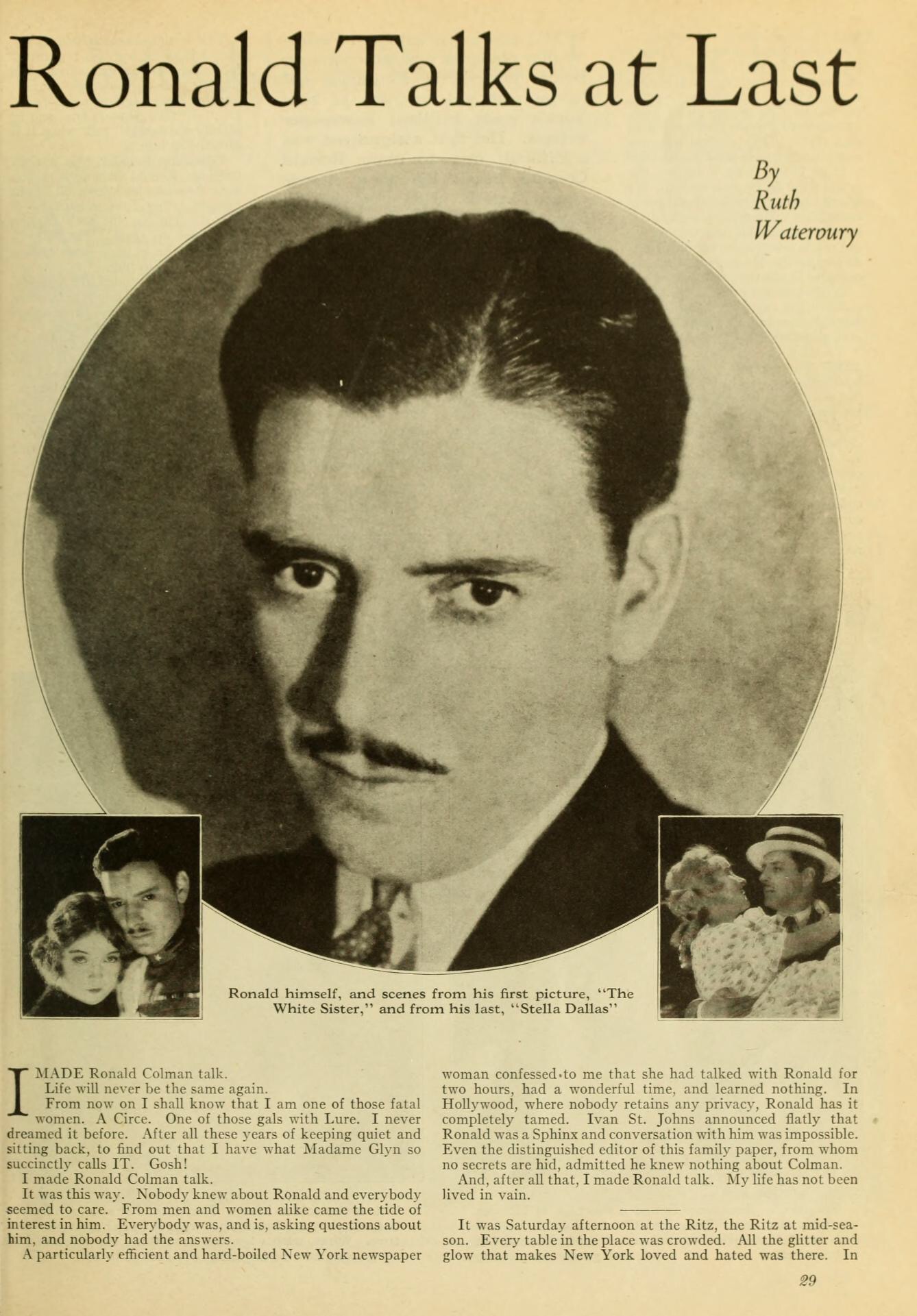 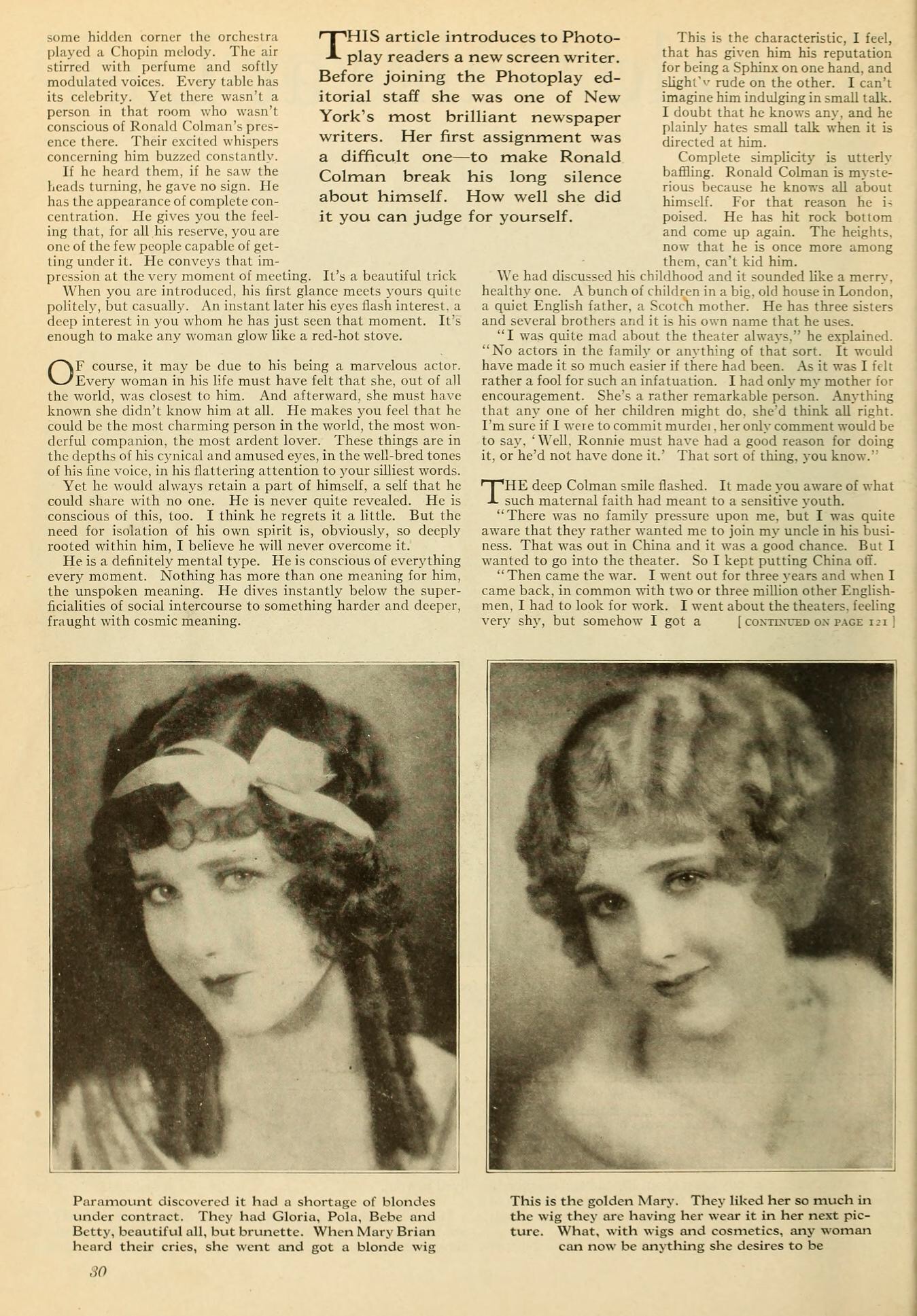